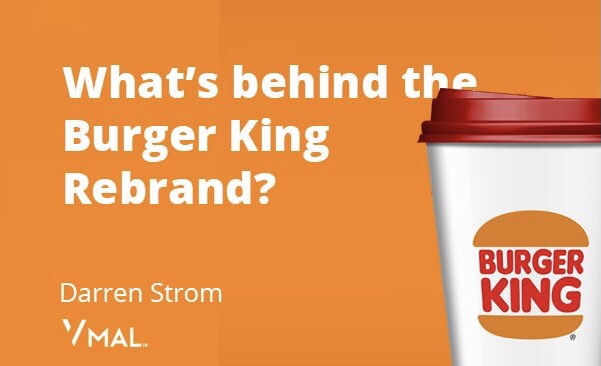 What’s behind the rebrand ?

Burger king won countless awards for their Moldy Whopper advert, featuring their burger going moldy. Even though a bit repulsive!, it highlighted their brand message – BK’s burgers are natural without preservatives.

Now they’ve launched their new brand identity. The messaging that went with it, included words such as Yummy, Tasty, Gooey and other similar phrases that expressed the same underlying message – We serve “real and delicious” food.

What made Burger King need a change?

Fernando Machado the CEO Of Burger King said was dated

However the main catalyst for change was the drop in sales against their rivals such as Wendy’s and McDonalds and this whole rebrand besides for the tasty aesthetics, propels their intended messages forward.

Good things take time – It took 2 years to finalise, but many have been surprised that the new logo is similar to previous version they had till 1999, so what is the big change and fuss?

In a nutshell the answer is that a brand is not a logo.

A brand is the central element that holds a lot of the elements together but the brand is a sum total of the impression the client gets which includes the logo, the visual elements, the typography and the messaging.