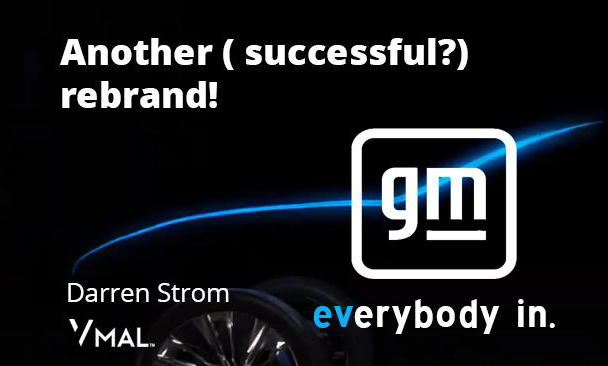 General Motors just unveiled their first new rebrand since 1964. Most observers have found the execution of this particular rebrand a bit lacking!

The reason behind the rebrand is that General Motors wants to drive home their new dedication to creating electric vehicles.

As we know the logo is not the brand it is the sum total of the impression given by the logo and the message and the clever part of their branding is the message:

What is puzzling is the use of the gradient and its similarity to a phone app icon, while other car manufacturers such as VW are going down the modern minimalist path. Gradients are a bit passe and if GM wants to be forward looking they would be best to use the plain black or white version of their logo